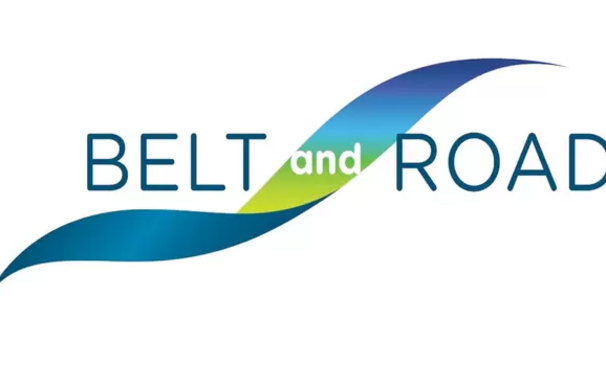 China’s One Belt One Road initiative.

Considered as the most ambitious infrastructure project of all time, China’s Belt and Road initiative is stretching from the very edge of East Asia to East Africa and Central Europe. Through a continuous network of highways, railways, ocean routes and ports, the project will greatly increase cross border connectivity and encourage further integration of international markets. By doing so, China aims to strengthen its influence on the world economy and politics, whilst simultaneously increasing regional cooperation.

When we talk about the OBOR initiative, two major routes need to be distinguished: the Silk Road Economic Belt, which runs through Central Asia to Europe, and the 21st Century Maritime Silk Road, which runs through Southeast Asia, Africa, and Europe. However, an idea emerged of incorporating digital sectors like telecommunications, internet of things infrastructure and e-commerce into One Belt, One Road. It is a third route – the “Digital new silk road” or the “Information silk road”. Most of the funding for massive deep-water ports, lengthy railroads, and power plants will be coming from Chinese enterprises. Some will be grants, but many are taking the form of loans. China proposed establishing financial institutions to provide financial support for the infrastructural development in countries involved in the project (I.E. China Exim Bank, the Asia Infrastructure Investment Bank or AIIB, the Financial Centre for South-South Cooperation, the China Development Bank and the Silk Road Fund or SRF).

Railways and ports are becoming the landmarks of the Belt and Road Initiative. However, the less-visible telecommunications infrastructure will form the backbone of regional economic integration. The project of a “digital silk road” involves investments from e-commerce to telecommunications, scientific cooperation and the smart economy.

State-owned enterprises including China Telecom, China Unicom, and China Mobile are building the infrastructure to underlie the digital new silk road. Among the ambitious programs is the construction of overland cable links between Asia and Europe, by China and Russia. Private companies like Huawei and ZTE have also bite in with projects including a fiber optic cable network in Afghanistan. In addition to cable networks, OBOR also offers the Chinese government a chance to encourage the adoption of its Beidou satellite network, a competitor to GPS.

Developments in connectivity also have influence over the e-commerce sector. Two Chinese e-commerce giants (Alibaba and JD.com) have pledged massive investment in logistics to facilitate cross-border trade. JD.com’s plan for 2017 was to operate more than 20 self-run overseas warehouses and to cover more than 100 countries and regions. The same year, Alibaba signed partnerships with Pakistan and Malaysia with a purpose to develop e-commerce, improve regulatory processes and build services platforms and warehouses. This will help small and medium-sized businesses to access the Chinese market.

Obstacles on the road

A variety of hurdles pop out, from economic to political and even security-related ones.

We have discussed financing models in the beginning. However, when countries default there can be consequences. In Pakistan, for example, a deep-water port in Gwadar is being funded by loans from Chinese banks to the tune of $16 billion. The interest rate is over 13% and if Pakistan defaults, China could end up taking all sorts of collateral as compensation – from coal mines to oil pipelines. Something similar has already happened in Sri Lanka as they were unable to pay its $8 billion loan for the Hambantota Port. In the middle of 2017, the country gave up the controlling interest in the port to a state-owned company in China in exchange for writing off the debt.

Satellite and mobile networks, as well as the fiber-optic projects, could benefit developing economies by improving their connectivity. However, concerns are present that Beijing could use these networks for electronic surveillance purposes.

While most economies in Asia are willing to accept some level of risk to be part of OBOR, there is one country that is simply not a fan of the megaproject. That country is India and there are several reasons for it. The China-Pakistan Economic Corridor (CPEC), to begin with, goes right through Kashmir (a disputed territory). Secondly, Chinese investments in maritime trade routes through the Indian Ocean could displace India’s traditional regional dominance.